In October 2021, Switzerland and Poland celebrate the centenary of Switzerland’s diplomatic presence in Warsaw. Today, our two countries’ economies are closely linked: In step with Poland’s robust economic growth, bilateral trade and investment between Poland and Switzerland have truly blossomed in the thirty years since Poland peacefully freed itself from the communist regime.

In the following paragraphs, we will look behind the scenes to learn more about the secrets of Switzerland’s success (1), its business culture (2), Swiss trade and investment with Poland (3), how Swiss economic diplomacy operates (4) and what the Embassy of Switzerland is planning for the coming months (5).

1) A world-class niche player: the secrets of Switzerland’s success

As Switzerland has almost no natural resources and a relatively small domestic market, its companies have been pushed towards international trade since the early days of industrialisation. As an open, highly internationalised economy, Switzerland attaches great importance to foreign trade policy.

Our country is located in the heart of Europe and almost all of our neighbours are member states of the European Union (EU). The EU is by far Switzerland’s most important trade partner. Instead of becoming a member itself, Switzerland has conducted its relations with the EU on the basis of bilateral sectoral agreements: Since the EU-Swiss Free Trade Agreement of 1972, an increasingly dense network of more than a hundred agreements has been developed in several steps. The so-called „bilateral approach” has been endorsed by the Swiss electorate in various referendums, allowing Switzerland’s participation in the EU’s Single Market, the free movement of persons, and the Schengen Area, for instance.

GDP per capita is the second-highest in Europe after only Luxembourg. Hence, purchasing power in Switzerland is quite high, and so is the price level of many goods and services. At the same time, our country is characterised by a high degree of political stability, a flexible labour market with access to highly qualified and multilingual personnel, outstanding infrastructure and an attractive taxation system. For the past ten years, the UN has ranked Switzerland as the world’s most innovative country: Switzerland’s world-class universities, its practice-oriented apprenticeship system, and its clusters of innovative high-tech companies have contributed to this great success. All of these factors more than outweigh the price level and make Switzerland one of Europe’s most attractive locations to do business.

Unlike other countries, Switzerland does not have an active industrial policy. Instead, it favours competition and private initiative. Many Swiss small and medium-sized companies have become world-market leaders in specific high-tech niches – and you may never even hear of them. Other innovative Swiss companies have become widely recognised brands, such as ABB, Nestlé, Novartis or Roche. To exchange experiences with Poland around innovation, the Embassy of Switzerland and the Polish-Swiss Chamber of Commerce co-organise an annual Polish-Swiss Innovation Day (see picture).

The Swiss appreciate reliability, efficiency, responsibility, and tolerance. The communication style tends to be polite, but direct. Swiss companies pride themselves on time-honoured traditions such as the dual vocational education and training system with its apprenticeships, a constant quest for the highest quality and, of course, punctuality – we remain the world’s leading watch exporter, after all!

At the same time, Swiss business culture is open to foreign influences, since Swiss companies are strongly oriented towards exports and international value chains. The fact that Switzerland has four national languages is well known. What is less well known is that one in four inhabitants in Switzerland is a foreign national: This diversity is sometimes a source of political debates, but it is also a driver of economic dynamism and makes Swiss companies well attuned to different business cultures and the peculiarities of different international markets. In other words, Switzerland’s business culture flexibly combines the old and the new.

3) To new heights: Swiss trade and investment in Poland

Until an almost unavoidable recession induced by the COVID-19 pandemic in 2020, Poland had achieved three decades of exceptional economic growth, averaging 4% per year. Through intensive trade and investment, Switzerland has contributed to Poland’s success story: According to a recent study by the International Group of Chambers of Commerce in Poland, Swiss companies have created more than 65 000 jobs in Poland. While there are some concerns about investment security, the independence of the judiciary and the media as well as the consultation procedure for new laws and regulations, Swiss investors generally remain more than confident about the prospects of the Polish economy.

Switzerland is the eight largest foreign investor in Poland. In technology-intensive industries, such as machinery/equipment and software/data processing, it even ranks second and third, respectively. One notable example is Stadler Rail, with its two production sites in Poland for modern trains (see picture: Ambassador Jürg Burri and Stadler Rail Chairman Peter Spuhler in front of a „Flirt” train made in Poland by Stadler).

Moreover, Swiss investors in Poland not only bring billions of investment capital, but also valuable technological and management know-how. In many cases, Swiss multinationals have accompanied small Polish suppliers on a journey towards accessing world markets, for instance by encouraging them to adopt internationally recognised standards or processes and to obtain relevant certifications. 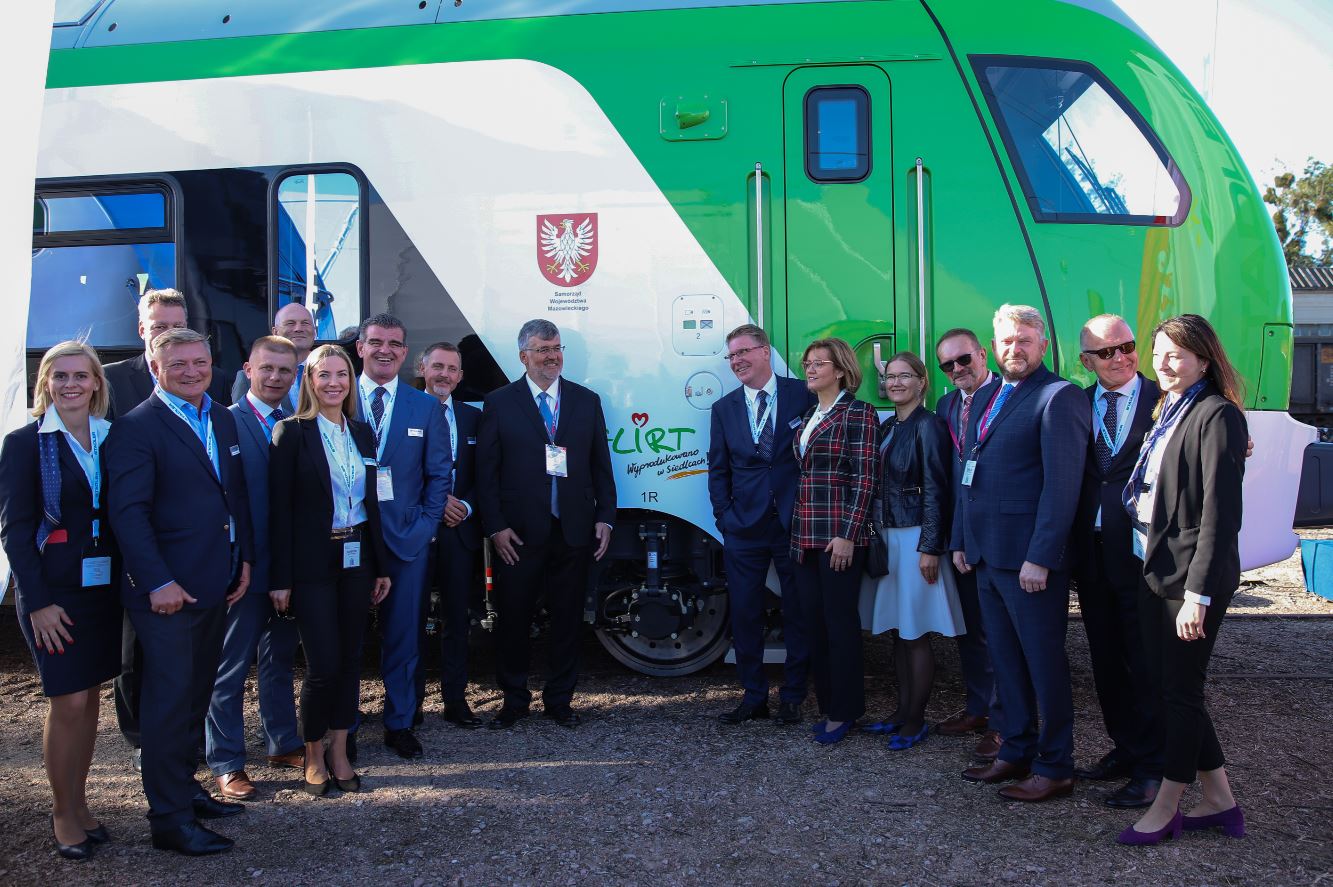 Since 1990, Swiss exports to Poland have increased almost nine-fold: from 0.3 billion CHF in 1990 to over 2.6 billion CHF in 2020. Over the same period, Swiss imports from Poland even increased from 0.1 billion CHF to 2.3 billion CHF, a phenomenal 21 times more than in 1990! Overall, Switzerland’s trade volume with Poland amounted to 5 billion CHF in 2020, which is considerably higher than with some of the most important emerging markets (see chart). Trade between our two countries proved to be very robust even during the epochal economic crisis of 2020.

4) Who does what: Switzerland’s economic diplomacy in Warsaw

Prosperity is one of four thematic focus areas of the Swiss Government’s Foreign Policy Strategy 2020–23. Two actors are key for the strategy’s implementation and for Swiss economic diplomacy in Warsaw: the Economic Section of the Embassy of Switzerland in Poland and the Swiss Business Hub Central Europe, which is equally located at the Embassy. A third key actor in our bilateral economic relations is the Polish-Swiss Chamber of Commerce, which is a private organisation.

The Economic Section of the Embassy of Switzerland in Poland is in charge of policy, economic reporting, official demarches, and consular protection for Swiss companies. It co-organises large events with the Chamber to exchange expertise and deepen bilateral relations, namely through the Polish-Swiss Innovation Day (6th edition in October 2021, dedicated to Cleantech and followed by a touring exhibition, see picture) and the Polish-Swiss Forum for Health Dialogue (11th edition in June 2022). Contact: warsaw@eda.admin.ch

Last but not least, the Polish-Swiss Chamber of Commerce is a private organisation representing about 200 Swiss and Polish companies. It is not funded by public institutions and registered in Warsaw as a voluntary association under Polish law. The Chamber supports networking among its members, promotes their interests, organises events, and contributes to successful bilateral trade and investment. Contact: swisschamber@swisschamber.pl

5) Stay tuned and celebrate with us: #SwissPoland #Razem100

A hundred years ago, on 22 October 1921, the Swiss envoy Hans Pfyffer von Altishofen handed his credentials to Poland’s head of state, Marshal Józef Piłsudski, two years after the formal establishment of diplomatic relations. The Embassy of Switzerland in Poland will celebrate this centenary in autumn 2021 with an art installation on the Embassy’s premises at Aleje Ujazdowskie 27, a touring exhibition on Cleantech (see picture), an innovative GameJam, and much more. Stay tuned and follow us on Twitter, Facebook and Instagram!

For the Embassy of Switzerland, 18 May 2021:
Pablo Padrutt
Head of Economic, Financial and Scientific Affairs (First Secretary) 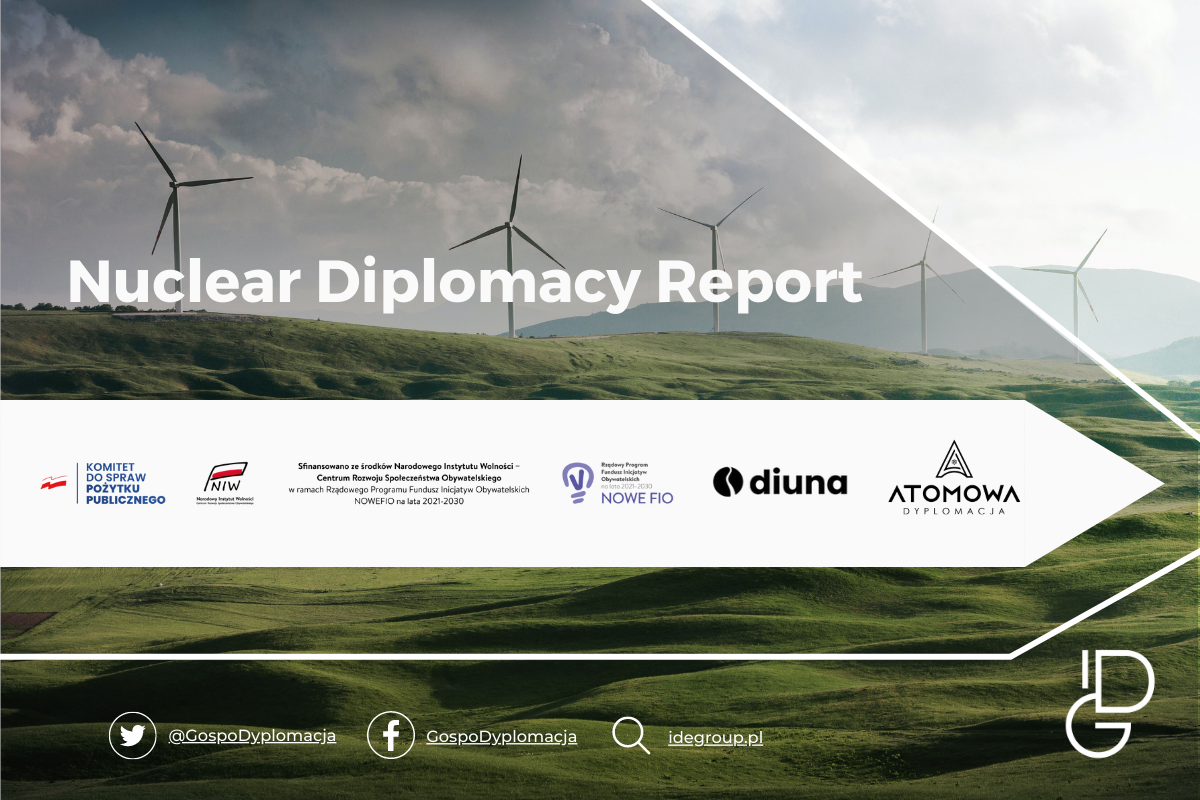 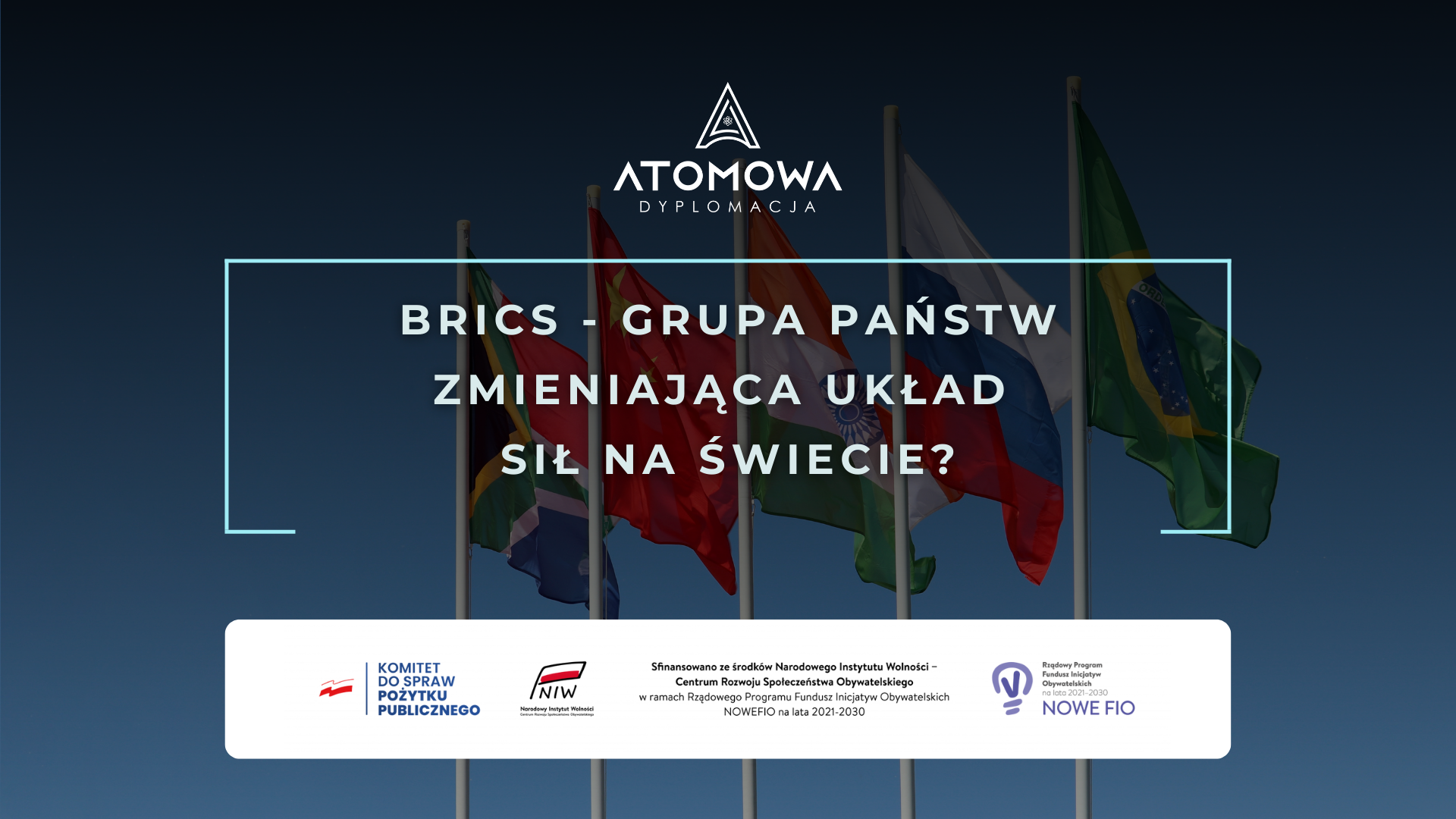 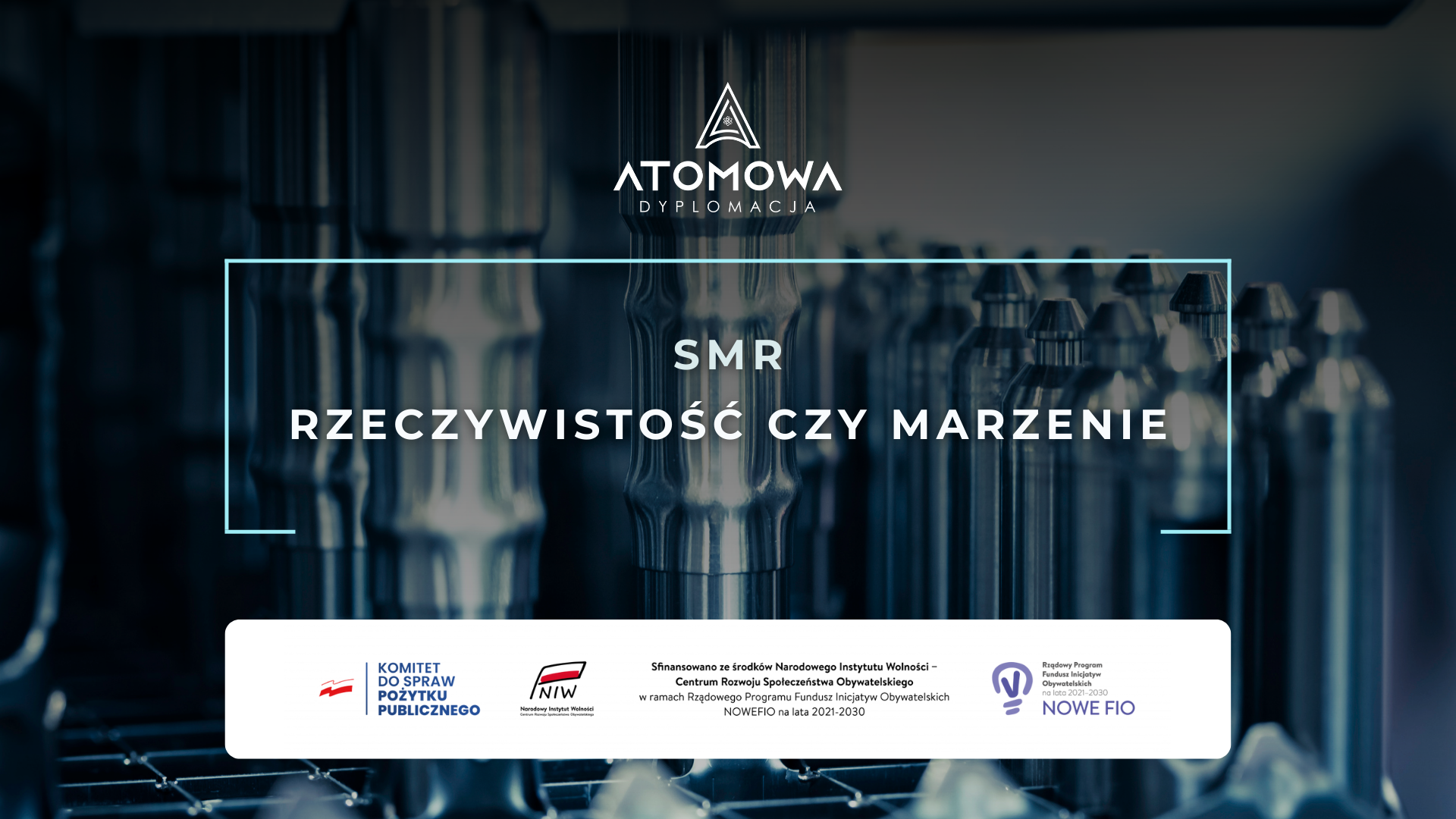 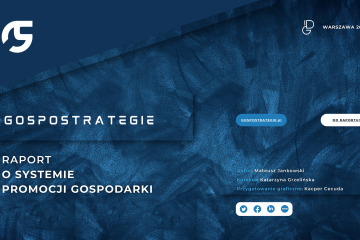 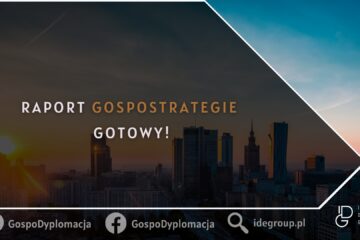 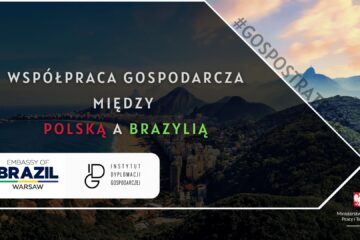