The purpose of this paper is to familiarize the Polish audience with the foreign policy of states that are developing nuclear power, whether on their territory or in partner countries. It is true that nuclear energy is an important component of domestic energy policy, providing a foundation in the process of acquiring it for one’s own benefits. However, at the same time many countries, such as the U.S., France, South Korea, Russia, China or Canada, are choosing to engage overseas. Their offerings include the construction of nuclear reactors, the supply of nuclear fuel, as well as support in training and waste disposal. Given the great benefits to a country engaging in foreign projects, resulting not only in financial resources but also in, for example, political and economic influence, this is defined as “nuclear diplomacy”.

By analyzing contemporary challenges faced by countries seeking energy diversification, the authors try to answer a number of questions raised not only by energy security experts but also by politicians, people interested in geopolitics in a broad sense, and Polish citizens, who are waiting for information on the development of nuclear energy in Poland. Which country could build nuclear reactors in Poland? Who might offer the best deal? Which countries are actively engaged in building power plants outside their own borders? Who has the greatest experience in international nuclear cooperation? Which partner country has the most nuclear investments? Does a similar energy profile in the region increase the chance of nuclear cooperation? What are the most important elements for Polish energy security in the process of entering nuclear power?

These are just a few of the fundamental questions raised by the authors. There are many factors that determine the choice of the key partner. First of all, the decision is based not only on the aspect related to energy, but also to politics. Therefore, one of the ideas of this study is to give an overview of the “nuclear” potential of the countries that are most actively engaged internationally in developing nuclear energy. The capabilities described, along with the investments underway, are the basis to understand how rapidly the market for this type of energy extraction and use has grown worldwide.

The report is also a form of indicating that the process of developing nuclear energy in Poland should be joined as soon as possible. More and more countries are choosing to position nuclear power as one of the key resources in the energy procurement process, so it is important to recognize the capabilities of these nuclear giants that offer their services to others. Importantly, the study does not indicate which bid should be selected. The authors merely list the advantages and disadvantages of each country practicing “nuclear diplomacy”. This is due to the lack of access to much of the data held by institutions involved in the process of analyzing the development of nuclear power in Poland, such as the National Atomic Energy Agency, or due to the difficulty in verifying foreign sources, i.e., data held by domestic and private organizations involved in the construction and operation of reactors, and covered by clauses, for example. It is also a matter of analyzing the technology being developed with each type of reactor, as well as possible challenges in terms of delaying construction, or storing materials. Nonetheless, based on publicly available materials, it is realistic to conclude how the nuclear energy market is shaping up around the world and what options Poland may have when choosing a particular supplier.

The report was produced in collaboration with Diuna Language Services. Financed by the National Institute of Freedom – Center for Civil Society Development from the NOWEFIO Civic Initiatives Fund Program for 2021-2030. 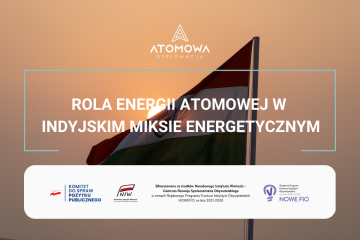 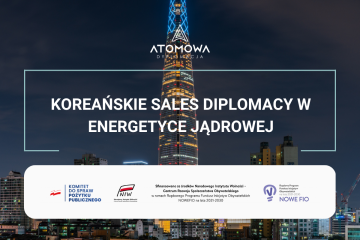 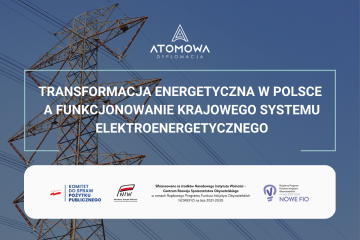